Lands for Sale in Negombo (127 properties)

Land for Sale in Madampella Negombo

Land for Sale in Madampella Negombo Ideal locations to build your Dream home or for an investment that will ...  more »

Land for sale in Negombo Kimbulapitiya

20 perch bare land for sale in negombo palangature 5 min walk in distance to all the leading hotels restaurant...  more »

This is a pretty square 125perch lotand is located at prestigious homelands in negombo surrounded by all new M...  more »

A LUCRATIVE PRIME PROPERTY IN THE TOURIST RESORT IS UP FOR SALE 1 The property is among the tourist area about...  more »

Land for Sale in Kondagammulla

Block 25 at Dagonna 5 minutes to Katunayaka Airport Set in a peaceful location ...  more »

Land for Immediate Sale in Negombo

Location in one of the prime tourist areas close to Colombo at Uswetakeiyawa with many other tourist resorts i...  more » 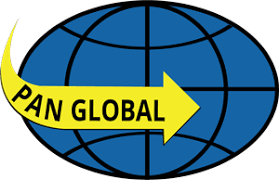 Negambo On the beach land for sale in negambo code ODB ne...

A land for sale in bordering to the sandy beach wide and long sandy beach Future developing area for tourism...  more »

Negombo Land for SaleSale due to buying a vehiclevehicle exchange possibleSuzukiToyota...  more »

20 acres beach front land close to Star class hotels in Waikkal for sale This land is surrounded by river and ...  more »

Near the NICE international school Near the temple 1km for Maristela branch school ...  more »

A Prime property of 48 perches located on Chilaw Road at Periyamulla junction opposite Ice Factory The proper...  more »

Land for sale in Negombo Katana

Well maintained land rich with fruit bearing trees at a total of 70 perches The property includes a 2 story a...  more »

Lands for Sale in Negombo Town

Within recent times, the economic might of the Negombo city (connected through its bus stand) has seen exponential growth from the early days-when it started as a small fishing community along the seaside. Numerous factors contributed to this high-speed growth and were largely the same as most other regions of Sri Lanka. The main driving force within the heart of Negombo is its service industry, with a considerable contribution to it coming from the foreign employment sector. However, in the past one of the driving economic factors was dominated by the agricultural sector. Most notably, it was the rice cultivation, which was conducted on vast paddy fields that dominated this expanse. The Muthurajawela region was one such expanse but was later abandoned due to poor planning done by the colonial government at that time.

The coconut cultivation in prime lands Negombo is another notable economic force that drove this zone. Due to its coastal climate combined with plenty of moisture and sunlight, has aided the growth of these plants quite generously. The majority of these coconut-based land for sale in Negombo and the estate land for sale in Katunayaka are in close proximity to the coastline, with minutes drive from the Negombo beach. While most other land situated are scattered through the inland areas close to the main road Negombo. Finally, yet importantly, the fishing industry seen in beach land areas in this negombo map, create the true financial backbone upon which most other trades have thrived and in the process created the road that led this region to its success.